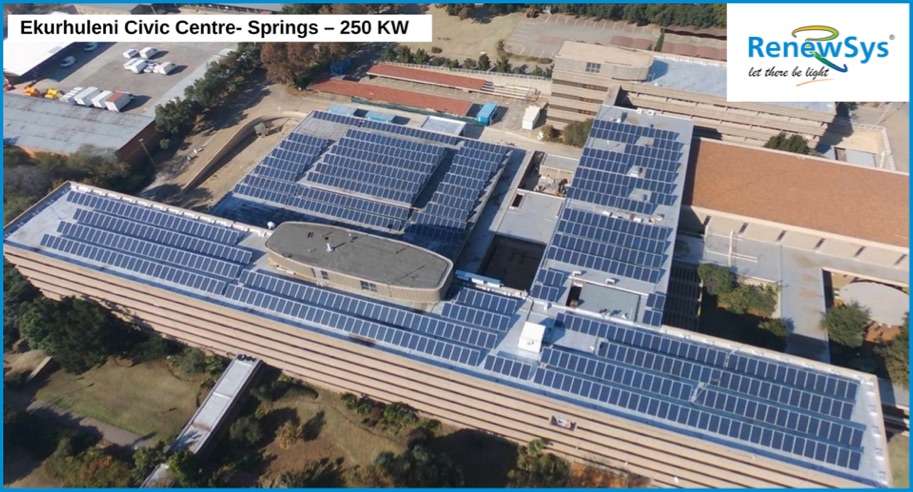 Photo showing the civic centre in ekhuruleni where Renewsys modules were used with a 250kWp PV rooftop plant.

RenewSys is India’s first integrated manufacturer of Solar PV Modules and key components which include encapsulants (EVA and POE), backsheets, and solar PV cells. Over time, the RenewSys range of PV products has earned the reputation globally for its reliability and quality. This resulted in a significant share of RenewSys products being exported to established markets like Europe, and developing markets such as the Middle East and Africa.

Driven by a commitment to provide access to quality solar PV material, RenewSys has invested extensively in equipment and testing labs to ensure that equipment performance exceeds expectations.

India’s only dedicated ‘Reliability Testing’ lab, was established at the RenewSys manufacturing facility in Hyderabad and simulates conditions that are both wide ranging and adverse so that our modules are equally at home in climatic conditions from the Fjords in Norway to the Savannahs in South Africa.

RenewSys solar modules are designed to withstand the onslaught of harsh weather conditions, including high heat, humidity and sea mist and therefore have the ability to function smoothly and efficiently in whichever region they are installed.

Third party laboratories have certified all RenewSys modules. These certifications include ICE, UL, CAN CSA, and MCS and are also listed in DEWA (Dubai Electricity and Water Authority), and have been independently audited by Solar Buyer.

These certifications testify to the successes and efforts made by RenewSys R&D teams and reliability lab; ensuring seamless, reliable solar module performance.

In March 2018 RenewSys became one of the only five companies in the world to launch a 380 Watt peak (Wp) solar module.

Achieving this output in a module is a noteworthy milestone not just for RenewSys but for the solar industry as a whole. The RenewSys Galactic series of modules combine state of the art European machinery, German technology, and technical innovations to engineer outputs ranging between 340 Wp and 380 Wp. These modules include Multi and Mono Crystalline Cells in either a standard or PERC Solar PV Cell variants.

The Renewsys range of backsheets is available worldwide under the brand name RenewSys ‘PRESERV’, and includes Fluoro, Non Fluoro and Customised Backsheets like -Black Backsheets, 1500 VDC and Transparent Backsheet among others.

High voltage modules to cater to the requirements of solar pumping sets for agricultural applications are called ‘Prime’ & ‘X Prime’ and are available in 120 and 144 cell configurations, offering voltages of 63V and 75V respectively.

The ‘Galactic’ Series includes 340 Wp and 365 Wp Multi-Crystalline and 355 Wp and 380 Wp Mono Crystalline PV Modules. Their smaller size, increased efficiency and resistance to the hotspot effect ensure longevity and higher power output of solar modules. Of these, the 365 Wp & 380 Wp Modules are made using PERC Solar PV cells. PERC cells have higher energy density per square foot as they are designed to improve light capture near the rear surface of the solar cell, performing well under low light and high temperature conditions.

Some of the most recently completed and noteworthy international rooftop projects include:

** This article was sponsored in line with our Policy and rates for advertorials.

Looking for an installer instead?

Why not try a P4 contractor?

All P4 contractors have already passed an online knowledge assessment with an 80% pass rate. 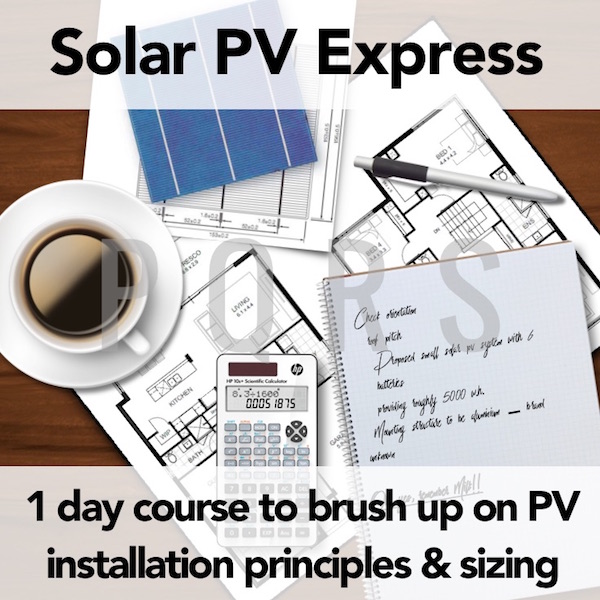 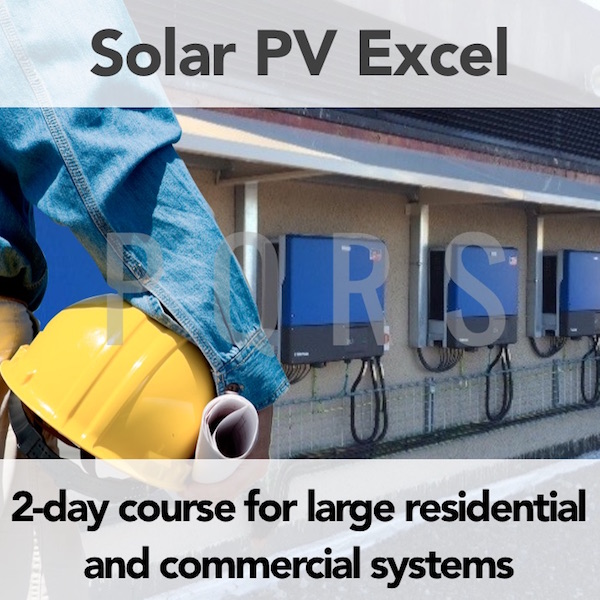 List your installations at the PQRS directory at no charge.